Our food standards are protected in law 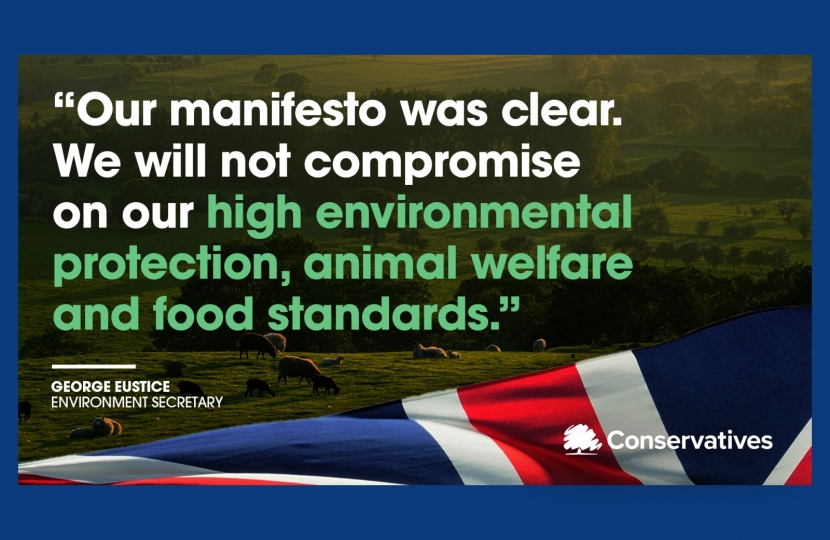 Greg Smith MP outlines his thoughts on the Agriculture Bill...

Last night the House of Commons voted on a number of amendments from the House of Lords on the Agriculture Bill.

I was frustrated to be at the end of the call list and unable to speak in the debate because of the time limit - but the points I would have made are as follows.

So, let's look at this debate sensibly. Let's drop this nonsense that hardened protectionism would be a win for farmers, quite the opposite it would close a million doors on their future prosperity. Instead, let's get behind this Bill, get our farmers the subsidy they need, celebrate our high standards that are locked into law already, buy British, buy local and fly our flag with pride as we go to the world with the best quality food to be found anywhere and sell it into new markets.

Finally, in the midst of the Covid-19 pandemic, the importance of nutritious local food has perhaps not been so appreciated since the Second World War – and while our lives may be unrecognisable in many ways since the pandemic begun, our farmers are out, working hard to feed the nation in spite of abundant challenges: and I thank them all.

Greg Smith MP met with officers from British Transport Police and the Head of Security for Chiltern Railways this morning at Princes Risborough train station.