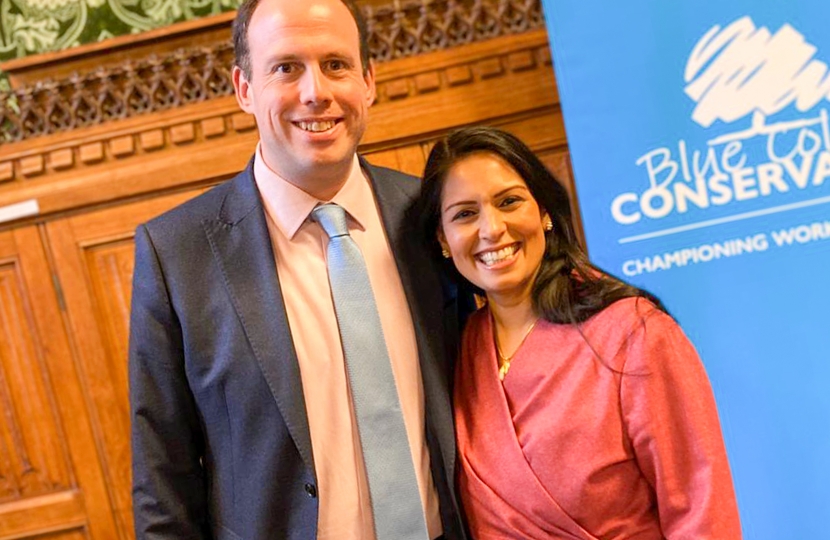 Greg Smith MP has welcomed the announcement that Thames Valley will receive a £115,500 funding increase to equip 140 more police officers with Tasers this year, ensuring they have the resources they need to tackle crime and keep our streets safe.

This increase is part of a £6.7 million funding boost across the country that will deliver over 8,000 new Tasers to 41 police forces, delivering on the Conservative Party’s manifesto commitment to put more officers carrying tasers on our streets, allowing them to better protect themselves and others from harm.

Officers have to elect to be specially-trained to use Tasers and it is for Chief Constables to decide how many carry the devices based on strategic assessments of threat and risk in their force areas.

£150,000 has also been allocated to training for Tasers instructors, and around £3.1 million will go towards tackling serious violence and county lines.

This comes after a series of recent announcements supporting the police, including a commitment to boost their ranks with 20,000 new officers over the next three years, with Thames Valley set to benefit from 183 new officers by the end of the year – as part of the first stage of the Conservative Government’s commitment.

The government has also announced plans to provide the police with additional powers to protect the public and establish a police covenant, ensuring officers and their families get the right emotional and physical support.

Police funding across England and Wales will also increase by £1.1 billion in 2020-21, the biggest funding increase in a decade with Thames Valley set to receive a funding boost of up to £31.9 million – a 7.5 per cent increase.

Commenting, Greg said: “I am delighted that because of actions taken by the Conservative government, Thames Valley will receive a £115,500 funding increase to deliver 140 new Tasers for our officers.

“We know that people are concerned about the increase in serious violence – we promised to work to make our communities safer and that is exactly what are doing.

“By backing our police with the funding and resources they need, we will keep the public and our communities safe, so that people everywhere can live their lives free from the fear of crime.”

Home Secretary Priti Patel said: “Our brave police officers put themselves in harm’s way to protect us all and Taser is a vital option in dangerous situations.

“This funding forms part of our commitment to ensure forces have the powers, resources and tools they need to keep themselves and the public safe.

“This week I also launched our consultation on the Police Covenant which will enshrine their rights in law, recognising their service and sacrifice.”

Parliament may be in recess, but Select Committees are continuing via video conference.