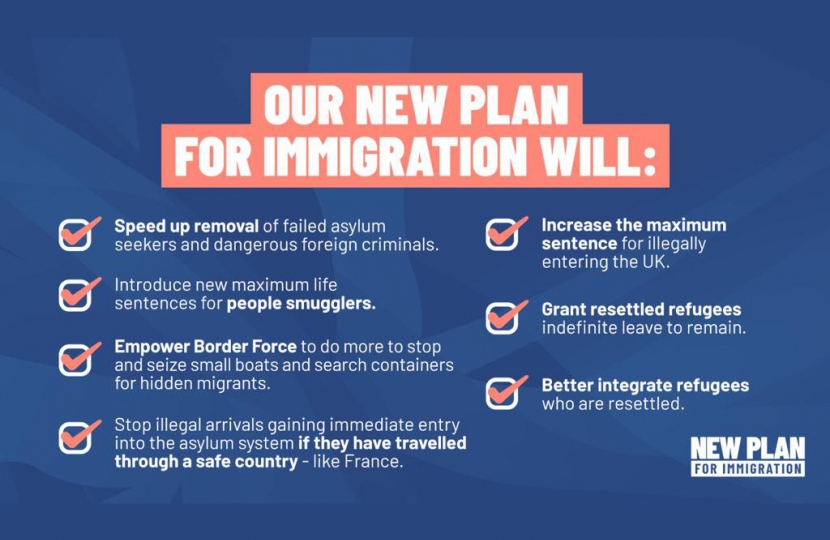 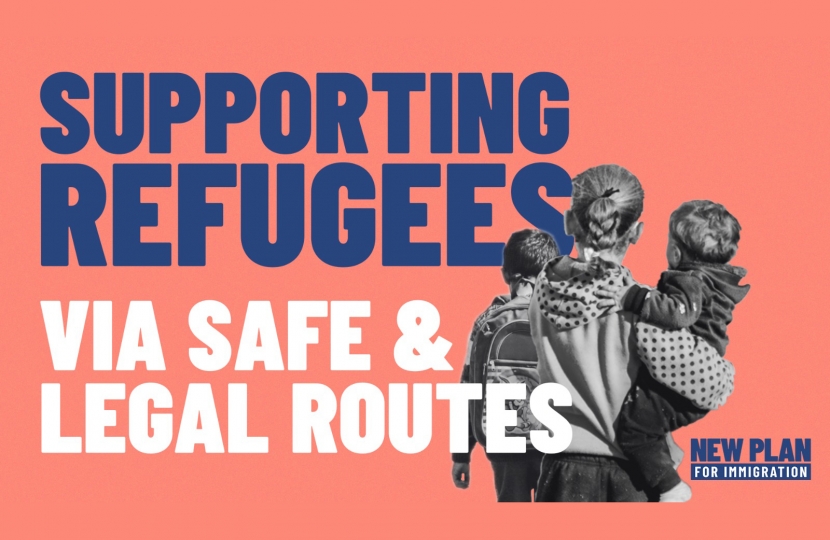 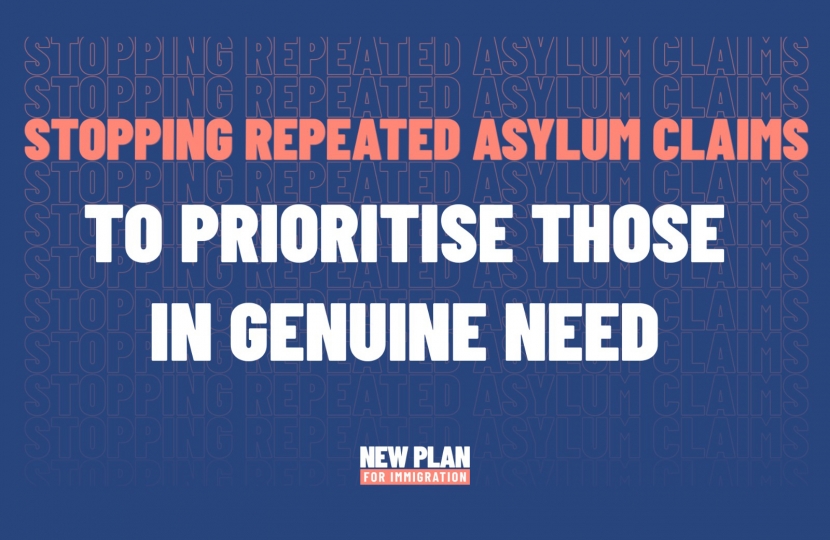 Human trafficking and people smuggling is one of the most abhorrent crimes, directly endangering the lives. Today Greg Smith MP welcomed the Home Secretary's New Plan for Immigration, which among other things seeks to introduce a maximum life sentence for those engaged in people smuggling. After the Statement detailing the plan in the House of Commons, Greg also called on the Home Secretary to ensure there is no wriggle room in the justice system for those who abuse and endanger people via people smuggling, by looking to bring forward an equally high minimum sentence for those committing this horrible crime.

The current system is collapsing under the pressures of illegal routes to asylum, facilitated by criminals smuggling people into the UK and too often resulting in the loss of life. At the heart of the New Plan for Immigration is a simple principle: fairness. Access to the UK’s asylum system should be based on need, not on the ability to pay people smugglers.

For the first time, whether people enter the UK legally or illegally will have an impact on how their asylum claim progresses, and on their status in the UK if that claim is successful. Those who prevail with claims having entered illegally will receive a new temporary protection status rather than an automatic right to settle and will be regularly reassessed for removal from the UK. People entering illegally will have limited family reunion rights and limited access to benefits.

For people who have their cases considered, but refused, the Conservative Government will seek rapid removal to their country of origin, and will also reform the appeals and judicial process to speed up removals.

Refugees in need of protection will continue to be resettled through work with international organisations that provide a safe and legal route to the UK for people fleeing persecution in their home countries. This refined approach will be more responsive to persecuted minorities and emerging international crises: resettling refugees who are at urgent risk more quickly.

The Home Secretary will also have the ability to grant humanitarian protection to vulnerable individuals in immediate danger and at risk in their home country.

Commenting, Greg Smith MP said: “I strongly back the Home Secretary’s overhaul of the UK’s asylum system. I know how frustrated my constituents have been about small boats coming to the UK.

“The New Plan for Immigration will ensure that these perilous and illegal journeys to the UK via safe countries in which people should and could have claimed asylum are no longer worth the risk, whilst ensuring the world’s most vulnerable can still seek refuge.

“I would urge all of my constituents to respond to the Home Office’s consultation and give their views on the need to make the asylum fair but firm.”

Commenting, Home Secretary Priti Patel said: “Under our New Plan for Immigration, if people arrive illegally, they will no longer have the same entitlements as those who arrive legally, and it will be harder for them to stay.

“If, like over 60 per cent of illegal arrivals, they have travelled through a safe country like France to get here, they will not have immediate entry into the asylum system - which is what happens today.

“And we will stop the most unscrupulous abusing the system by posing as children, by introducing tougher, more accurate age assessments.

“Profiteering from illegal migration to Britain will no longer be worth the risk, with new maximum life sentences for people smugglers.

“I make no apology for these actions being firm, but as they will also save lives and target people smugglers, they are also undeniably fair.”

To take part in the consultation on the New Plan for Immigration, visit https://newplanforimmigration.com/en/.