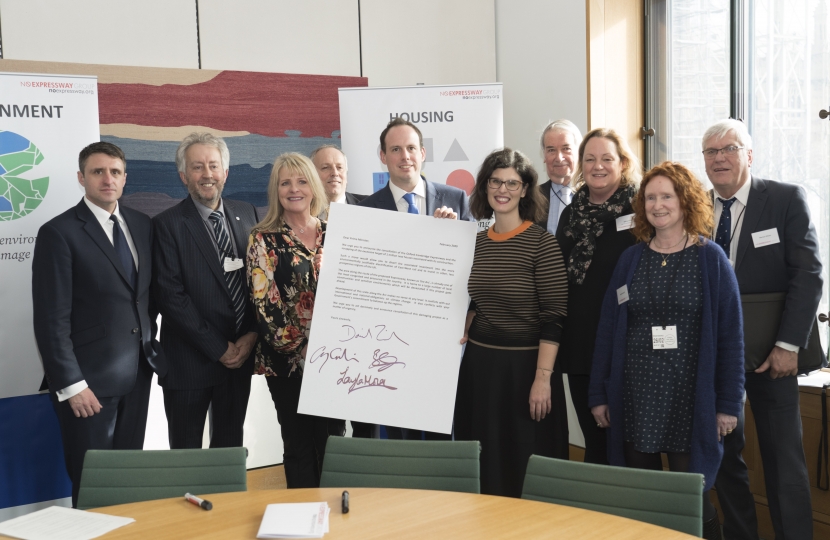 Greg led a group of local MPs handing in a petition to Downing Street organised by the No Expressway group and containing 10,000 signatures from people opposing the scheme.

He also  hosted a session at Westminster where he was joined by Milton Keynes MP Ben Everitt and other local MPs calling on the Government to confirm they are scrapping the Expressway.

MPs and No Expressway campaigners from Buckinghamshire and Oxfordshire walked together to Downing Street to hand in the petition opposing the Expressway scheme.

Greg said: "The Expressway will cause an unacceptable level of devastation to the countryside and destroy homes, farms and businesses.

The destruction is not justifiable. Alternative road improvement schemes would be extremely effective without causing unnecessary harm to Buckinghamshire and the surrounding area. Additional homes must be built on brownfield sites and brownfield sites alone. I want Expressway to be scrapped once and for all."