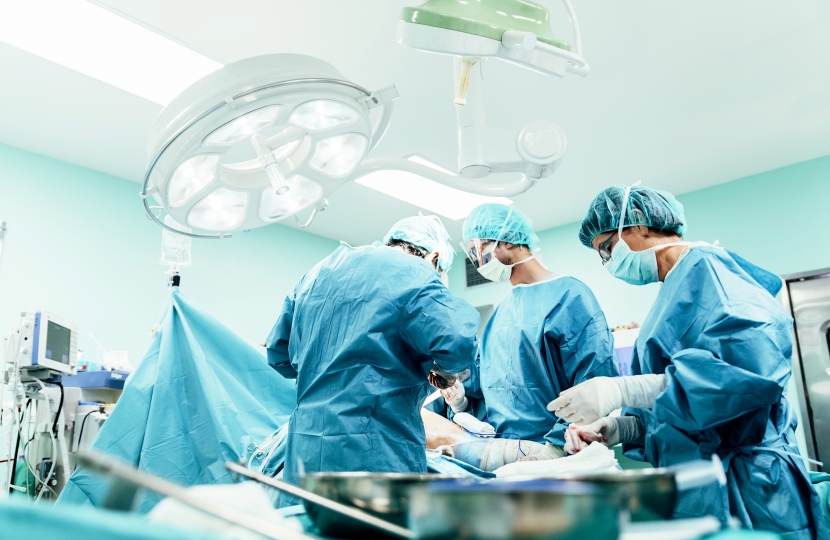 New independent analysis has revealed the cost of a Corbyn government on the NHS would lead to 426 people living in Buckingham constituency having their NHS operations cancelled every year.

Research from a member of the NHS Confederation has found that Labour’s plan to remove independent sector hospital capacity from the NHS would drive waiting times up by over 50 per cent, to an average wait of just under six months.

Just to maintain current capacity, Labour would be forced to build an additional 42 hospitals to deliver the 436,000 NHS elective operations carried out by the independent sector across England every year – which includes vital hip and knee replacements and cataracts procedures – all free at the point of use and paid for at NHS tariff prices.

The independent analysis also found that over a three year period 1.3 million NHS patients would be left waiting for an operation under a Labour government.

This comes just days after it was revealed that Labour would waste £6.1 billion of the NHS budget every year to pay for their policy of capping NHS working hours to 32 hours a week – leaving the NHS budget worse off under a Labour government than it would be under a majority Conservative government.

The Conservatives are delivering a fully costed £33.9 billion extra for frontline NHS services, as well as plans to build 40 new hospitals and deliver 50 million more GP appointments under a majority Conservative government.

Commenting, Greg Smith said, “This shocking new analysis has revealed the true cost of a Corbyn government. Jeremy Corbyn’s incompetence will mean that patients will get worse care.

“Labour’s plans would mean 426 NHS patients in Buckingham constituency would have their operations cancelled, leaving the most vulnerable the worst off and potentially costing lives.

“Just like with their confused Brexit policy, Labour are in complete chaos. They need to come clean about their plans to cut the NHS.

“Only a vote for the Conservatives on 12th December will keep our NHS improving.  Voting for any of the other parties will only help Jeremy Corbyn into Downing Street."