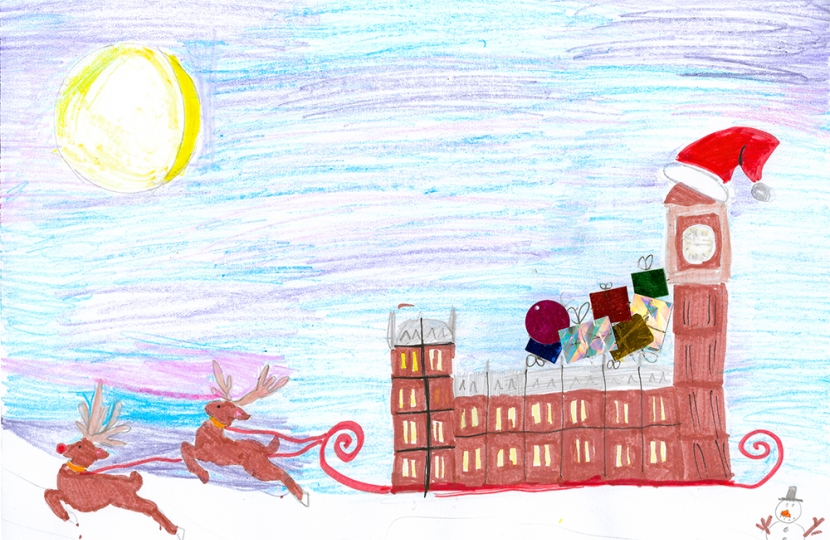 Greg Smith MP would like to wish all constituents a very merry Christmas and a happy, healthy New Year.

Greg was delighted to receive over 200 entries from local school children for his Christmas Card competition.

With a theme of "The Houses of Parliament at Christmas", pupils put together some incredibly creative and impressive drawings. Picking a winner was extremely difficult due to the high standard to entries, but eventually he chose a picture by Hannah Jelf from Padbury Church of England School which depicted Parliament on Santa's sleigh.

Well done to everyone who entered!

A new petition - which many local people have signed - has reached over 100,000 signatures in just a few days calling on a House of Commons debate to repeal the legislation from previous Parliaments that gave the go ahead to HS2.