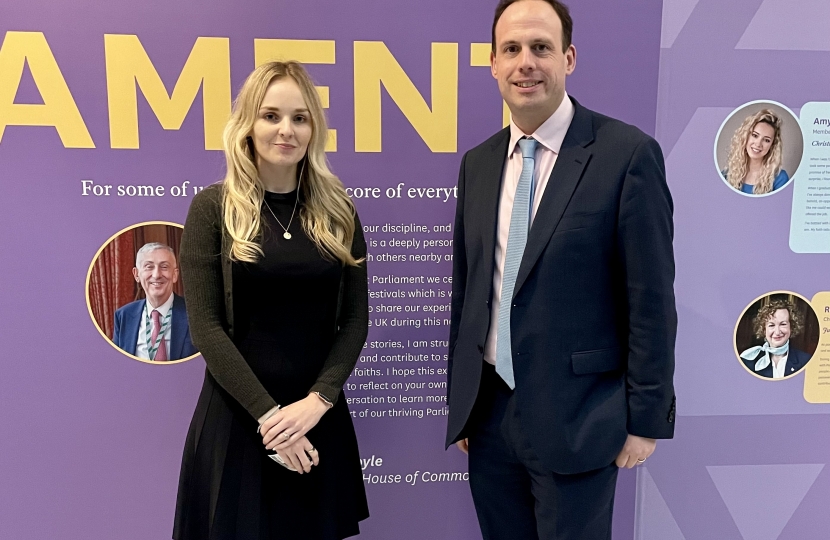 Buckingham MP Greg Smith has welcomed news today that ‘Harper’s Law’ is to be placed on the statute book.

Commenting Greg said: “It was a campaign born out of heartbreaking tragedy, but I was delighted that the Government accepted Lissie Harpers campaign - following the killing of her husband PC Andrew Harper in 2019 - for ‘Harper’s Law’ today, committing to place on the statute book an extension to mandatory life sentences to anyone who commits the manslaughter of an emergency worker on duty – including police, prison officers, firefighters and paramedics – while carrying out another crime.

“I have backed Lissie’s campaign in Westminster, calling on the government to act and it was wonderful to be able to congratulate Lissie in person in Parliament this afternoon.

“We must never forget the horror of PC Andrew Harpers killing - and nothing can ever repair Lissie and the whole Harper families loss, but I hope this change in the law will make a difference in the future.”