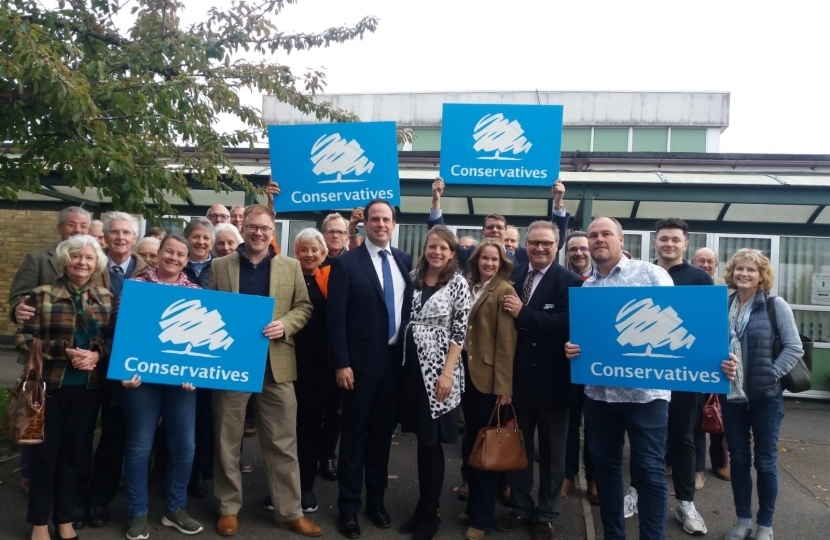 The successful candidate was Greg Smith,  a local Buckinghamshire resident who lives in Wendover with his wife Annalise and their 3 year old son Jacob.

After the meeting Greg address the members and said “I am delighted and humbled to have won the support of local party members to be the Conservative candidate for Buckingham at the next General Election.  Buckinghamshire is my home, it is where I am most passionate about and want to give something back.  With many pressing local issues, such as stopping the environmentally damaging and costly projects of HS2 and the Expressway, along with getting fair funding for our schools and fighting rural crime, I am looking forward to meeting as many local residents as possible to listen to their ideas and concerns.”

Greg campaigned and voted for a Leave vote in the 2016 referendum and believes the result must be respected.  He backs Boris Johnsons new deal that will ensure the UK is once more in control of our money, borders and laws. Greg added, “Once we have delivered Brexit, we can get back to the day job of ensuring world class education in our schools, improved hospitals and healthcare in our NHS and more police on the streets to tackle crime.”