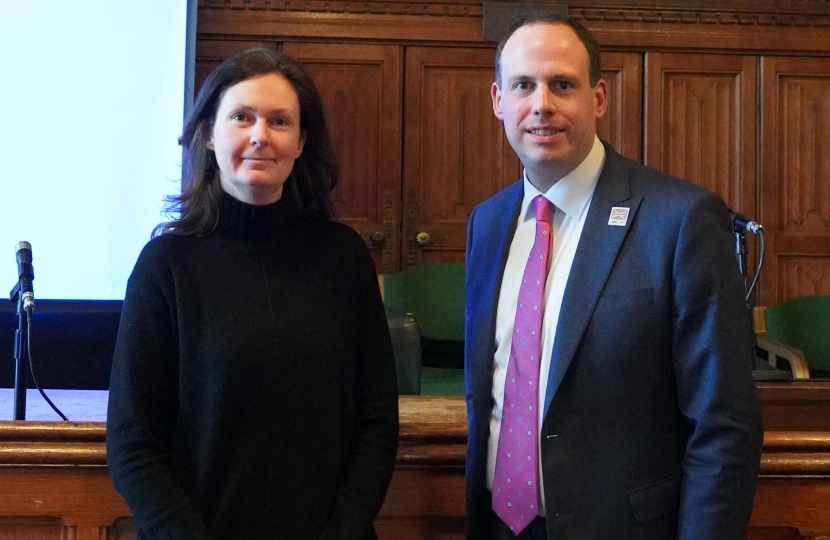 Greg Smith MP has helped launch the new All-Party Parliamentary Group for Dark Skies in the Houses of Parliament.

The inaugural meeting set out the purpose of the APPG for Dark Skies.  Its aims are to:

Dr Lucie May Green addressed the inaugural meeting as a Guest Speaker.  Dr Green is a Professor of Physics and a Royal Society University Research Fellow based at the Mullard Space Science Laboratory, UCL’s Department of Space and Climate Physics.  She was also the first ever female presenter of the BBC programme,’The Sky at Night’ and is very active in public engagement, regularly giving public talks as well as supporting her departmental public engagement programme.

The APPG has already gained support from Parliamentarians across the political divide with a shared interest in providing dark skies over the UK.  The UK already has four internationally accredited Dark Sky Reserves which are the Brecon Beacons National Park, Exmoor National Park, Snowdonia National Park and the South Downs National Park with Gower in the process of applying.  The first recognized Dark Sky Park is in Dumfries and Galloway.

Greg said: “I am delighted that the campaign to preserve our dark skies at night and to fight unnecessary light pollution has now reached Parliament where our laws are made.

“If we are to inspire future generations about the wonders of our universe – and to recognise just how special our planet earth is – it is essential that we preserve the ability of current and future generations to see a clear night sky.

“Light pollution is 100% man-made and is easy to remedy through improved design, better enforcement of planning guidelines and innovative new technologies.”

Greg urges eligible residents to get flu vaccine this winter

Greg has urged all those in the constituency who are eligible for the flu jab to get one this winter, as the Government launches its drive to vaccinate 30 million people.