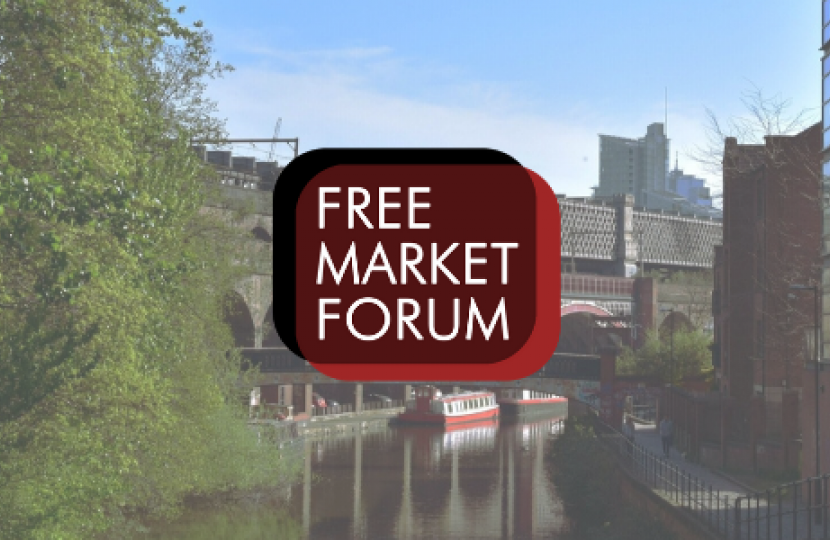 Over 40 Conservative MPs have joined forces as Parliamentary Supporters of the Free Market Forum, a major initiative powered by the Institute of Economic Affairs and IEA Forum. Through research, events, articles and campaigns, the FMF will examine and encourage free market thinking, winning over the unpersuaded and providing intellectual firepower and a public platform to proponents of classical liberalism.

The project, which follows in the wake of the influential, impactful Free Enterprise Group and FREER initiatives, counts 19 of the 2019 intake of Conservative MPs among its supporters. Bishop Auckland’s Dehenna Davison and Buckingham’s Greg Smith have taken the reins as co-chairs. The project is also supported by an Advisory Board which includes campaigner and policy entrepreneur Matthew Elliott, business people Jon Moynihan OBE and Barbara Yerolemou, Conservative peers Lord Borwick and Lord Kamall, and former FEG and FREER leaders Ruth Porter, Luke Graham, and Lee Rowley MP.

The Free Market Forum (FMF) aims to refocus the political debate, shifting attention towards free enterprise and social freedom after a year of unavoidable yet time-limited state intervention in the economy and our everyday lives.

The initiative plans to release quarterly essay collections written by Parliamentary Supporters on the biggest policy challenges facing the UK, alongside regular public events and podcasts, and offer a reinvigorated defence of the free-market ideas which have historically contributed to an increase in living standards and lifted millions of people out of poverty.

“We are delighted to be co-chairing this new initiative. The last year has been an incredibly difficult one for everyone and the government has had to take decisions – particularly on spending and peoples’ liberties– that it would never have contemplated in normal times. We intend to help make the case for a return to a smaller state and lower taxes as soon as possible, as well as helping people reclaim their individual freedoms.

"Our Parliamentary Supporters represent a range of constituencies up and down the country and we each have our own policy priorities, but we are looking forward to coming together under the Free Market Forum banner to debate and discuss solutions that drive economic growth and prosperity in the coming years,” they added.