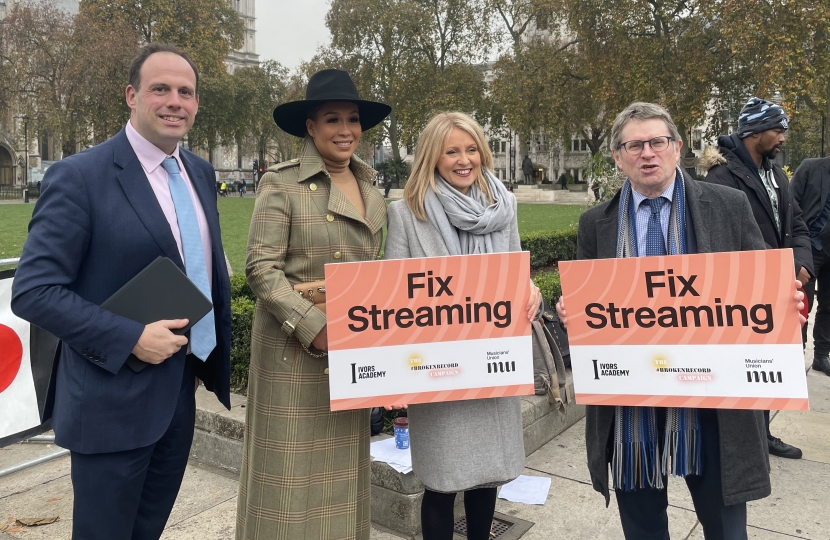 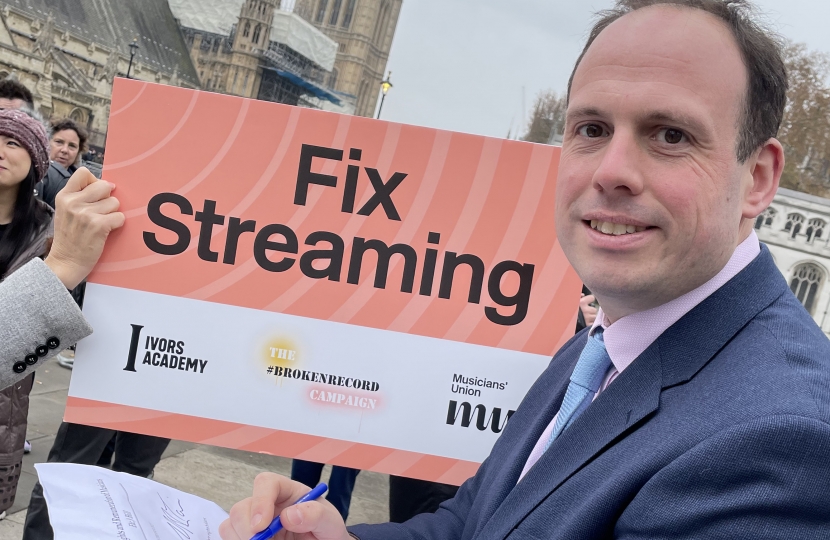 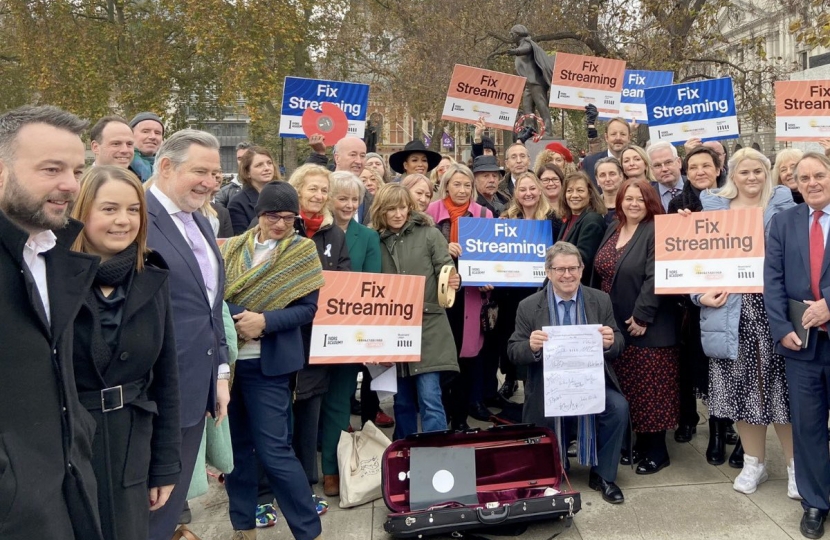 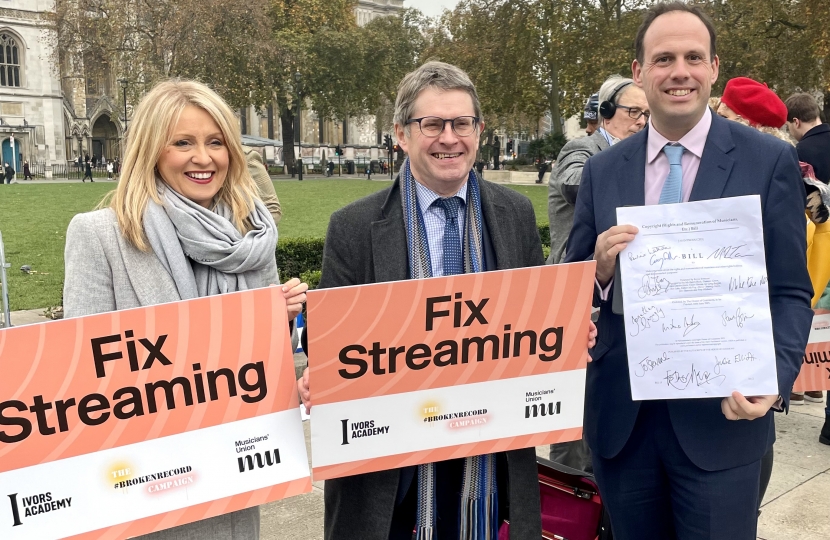 Yesterday Greg Smith MP joined fellow MPs from all parties, the Musicians’ Union, the Ivors Academy and a number of musicians including Rebecca Ferguson to show his support for a Private Members Bill in the name of Kevin Brennan MP to fix streaming.

Streaming has changed the face of the music industry - and it is important legislation protects those who create the music in the first place.

The Bill, which will have its Second Reading on 3rd December, introduces a right to equitable remuneration for performers. This would mean a guaranteed income stream for all musicians whose performances appear on streamed tracks. That includes money for session players, who currently get no royalties for their work. And it means an income from the very first stream, also helping featured artists who don’t get paid for their work because they remain unrecouped with their labels for upfront advances, recording, and marketing costs.

Musicians performed “Heroes” by David Bowie as MPs, including Greg, signed a copy of the bill to make this historic change to music streaming legislation, which all the major record labels are trying to stop.