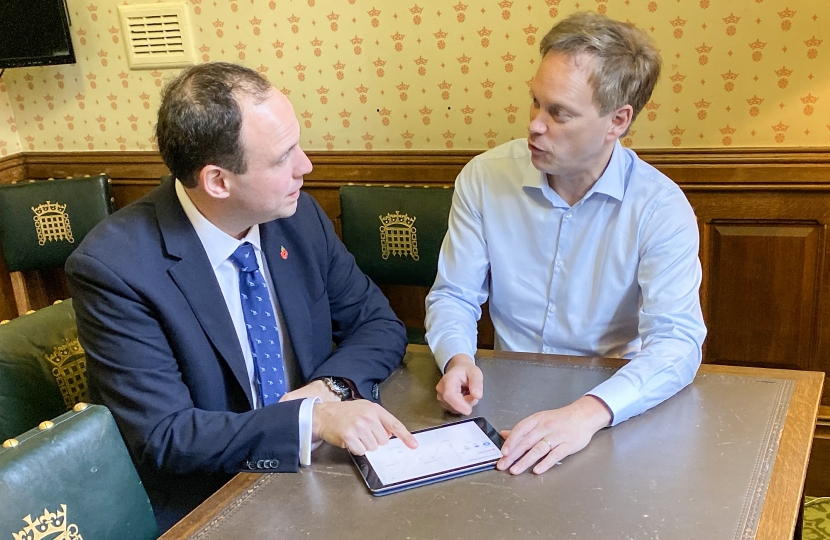 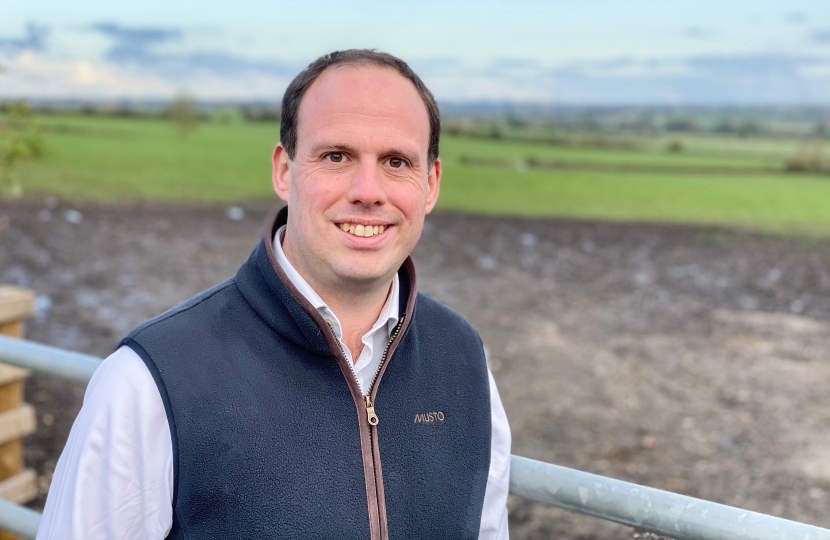 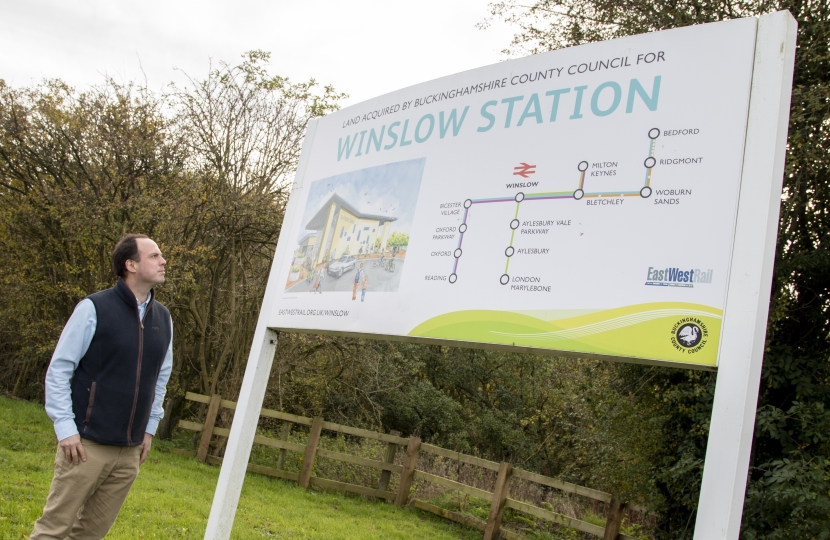 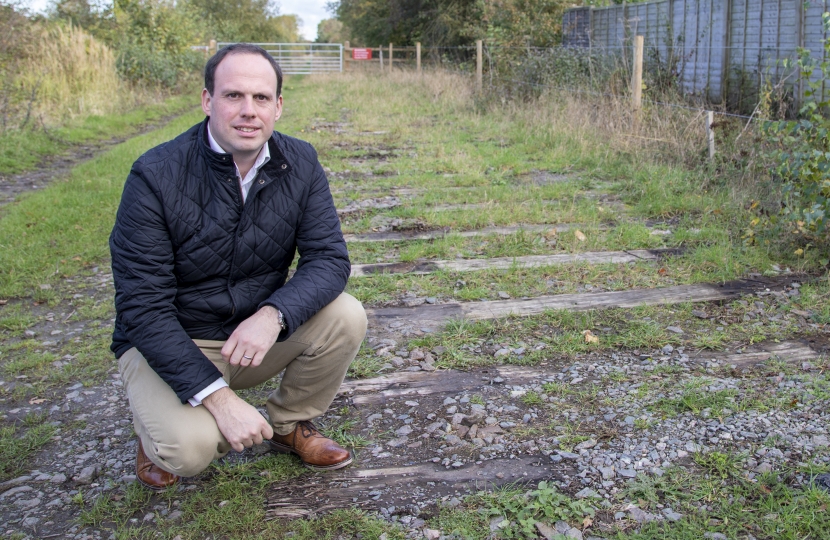 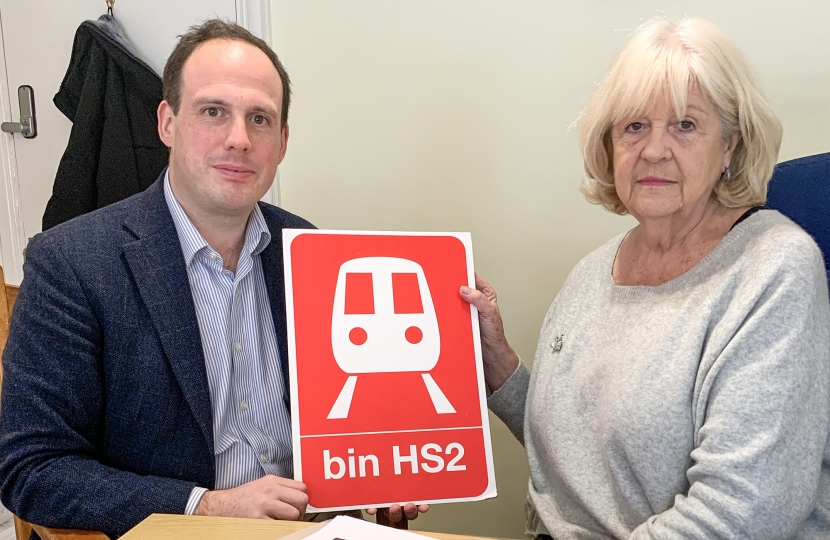 Greg Smith is totally opposed to HS2 and the Expressway and will continue to campaign both of these costly and environmentally destructive projects.

On HS2, Boris Johnson promised a formal review into HS2.  However, whilst the Oakervee Review and a review by the National Audit Office are formally ongoing, Greg is particularly angered by HS2 Ltds vandalism across the constituency, for example destroying 500 acres of woodland and vegetation at Steeple Claydon.  Greg will always put Buckingham constituency first and never support HS2 (or the Expressway) from going any further.

One of the first things Greg did after being selected as the Conservative candidate for Buckingham on the 20th October 2019, was to take case against both HS2 and the Expressway to the Secretary of State for Transport, Grant Shapps.  During the meeting he set out his absolute opposition to HS2 and the Expressway.  He explained how both projects will devastate our countryside for no benefit, as well as continuing to blight local peoples lives.

Looking for positive alternatives, Greg called on Grant Shapps to fully consider options being drawn up by our local councils to improve existing east/west roads  rather than cut through our countryside and villages with a brand new road.

Greg is also pleased the Conservatives will move ahead with East-West rail, from Bicester to Milton Keynes.  This new railway, part of the biggest rail modernisation programme since Victorian times, utilises unused, mothballed track, so no new corridors need to be cut through our precious countryside.

With many of our villages, such as Haddenham, seeing signifcant house building in recent years, Greg wants to see our countryside protected from future development.  The towns and cities of our country are full of brownfield, derelict sites that would be so much better suited to build the homes our country needs.

After newspapers published what they believed to be parts of the Oakervee Review, Greg contacted the Secretary of State for Transport who confirmed that no Minister has even seen the report yet, let alone made any sort of decision on it.

Greg is totally clear: if the leaked report is the real report, then it is a disgrace and can not be taken seriously.  A report that asks two men to give a recommendation and one of the men dissents and refuses to put his name to it is not a valid report.

Greg continues to put faith in the report of the National Audit Office due to be published after the election, which he hopes will rubbish the financial aspects and business case of HS2, thereby enabling the project to be stopped.

The Transport Secretary, Grant Shapps, announced today (20/11/2019) that, if elected, a majority Conservative government will review as a priority the Oxford to Milton Keynes and M1 section of the proposed Oxford-Cambridge Expressway.

The Conservatives will look at alternative plans to the scheme that lacks local support. We are already driving forward East West Rail links in the Oxford-Milton Keynes-Cambridge arc and will examine ways to accelerate plans to reopen what was known as the "Varsity" railway. We will also invest in local roads, tackle congestion ‘pinch points’ and support cycling schemes.

Mr Shapps said: "The Conservatives believe in protecting our countryside. The benefits of this project were always finely balanced against its costs, both financial and environmental. If re-elected we will review as a priority this scheme to ensure that it is still worth going ahead. We will not allow the scheme to proceed if there is not a strong case that it will boost jobs, prosperity and has local support.

“If a majority Conservative government is elected, we will develop this important strategic corridor which will be a driver of future prosperity, investing in the new East-West Rail link, local roads and new cycling schemes.”

We will examine how we can accelerate other transport schemes, including looking at plans to reopen the "Varsity Line" between Oxford, Bicester, Bletchley, Milton Keynes, Bedford and Cambridge, now known as East West Rail.

The announcements comes after the Conservatives pledged that, if elected, they would launch a programme to reverse ‘Beeching’ cuts, initially backed by £500 million.

Conservative candidate for Buckingham, Greg Smith said: "This is great news for the Buckingham Constituency.  I have always been against the environmental damage the Expressway would bring to our area.  One of the first things I did after being selected as the Conservative candidate here was to take the case against the Expressway to Grant Shapps.  He listened and today we have this announcement that a majority Conservative government will review the scheme as a priority, understanding local opposition, and deliver East West rail and improvements to local roads instead.

"To get this road stopped and deliver the positive alternatives of rail and improvements to existing roads, we need a majority Conservative government on 12th December. Please back me locally to get this done."